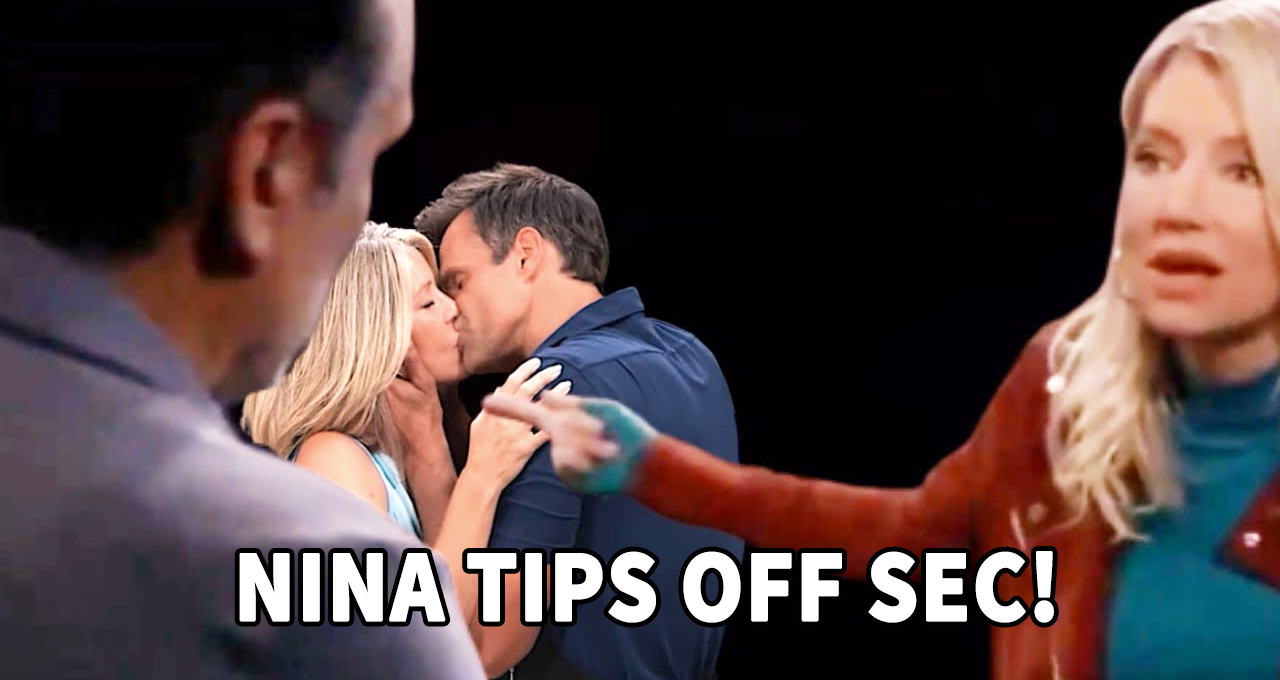 General Hospital (GH)) spoilers tease a few weeks ago, Nina Reeves (Cynthia Watros) discovered a secret, although she didn’t really know at the time that it wasn’t public knowledge for any particular reason. She assumed Drew Cain (Cameron Mathison) and Carly Spencer (Laura Wright) weren’t sharing the news of their new relationship with their friends and family merely because they weren’t ready to. 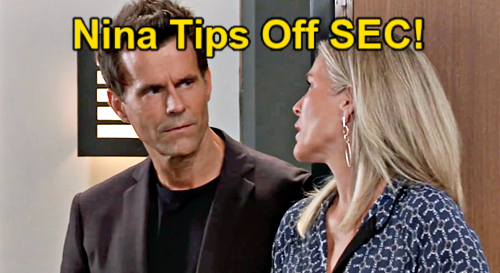 Now Nina’s going to stumble upon more information — Drew and Carly have to keep their love on the down low, or they could risk being locked up for insider trading.

Finally, Nina sees a path forward with Sonny Corinthos (Maurice Benard) that doesn’t include Carly. All she has to do is make one little call — to the SEC.

Carly and Drew are frustrated but have agreed it’s best for them to lay low for a while and let Ned Quartermaine’s (Wally Kurth) threat of reporting them for insider trading pass by.

Michael Corinthos (Chad Duell) and Drew are going to get to work on resolving their issues with Ned. When he first implied he could report Drew, Michael told him not to stress over it.

That’s easier said than done, and when the SEC shows up to investigate Drew and Carly, they won’t think twice about whether or not it was Ned who tipped them off.

GH Spoilers Tease Ned Gets All the Blame

Drew is going to confront Ned immediately, and Carly might tag along. When Ned seems to enjoy Drew’s plight, the two could come to blows.

However, Olivia Falconeri (Lisa LoCicero) will probably make sure it doesn’t come to that.

Ned is ultimately going to insist he didn’t report Drew and Carly, but he won’t try to hide that he’s not unhappy to see him squirming.

Drew might wonder why Ned would threaten to report him and not take credit for it, but with how much Ned enjoys seeing Drew’s world turned upside down, he will still assume Ned is to blame, as will Carly.

Diane Miller (Carolyn Hennesy) will be the first call Carly makes, but Sonny might be the second. She knows she can rely on her ex-husband to take care of their daughters should she be arrested soon.

This news will stun Sonny, and he might even confide in Nina about it. When he does, he’s going to notice she seems delighted by it, but that hardly serves as any more proof she was behind it than Ned’s joy proves he was.

However, Sonny will have a sinking suspicion he can’t shake, and when he looks into how Nina has been spending her time, he’s going to discover the truth — she reported Carly and Drew.

Will Sonny cover for Nina, or forsake her for the benefit of his ex-wife? Stay tuned for more GH news and updates just ahead.