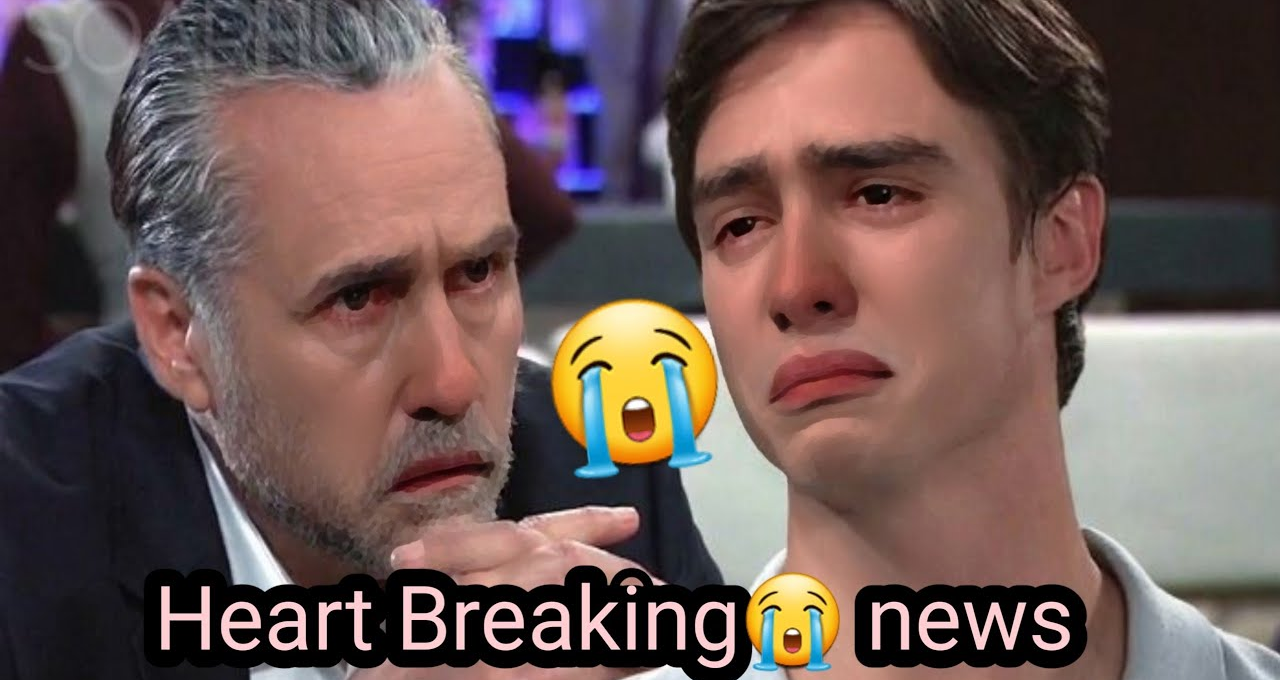 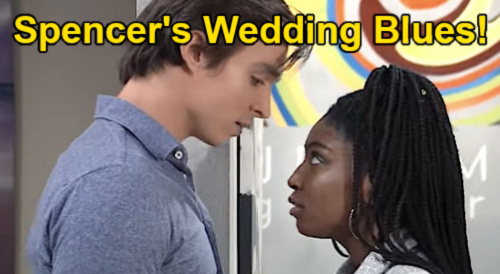 General Hospital (GH) spoilers tease that Spencer Cassadine (Nicholas Chavez) may get jealous over Trina Robinson (Tabyana Ali) and Rory Cabrera’s (Michael Blake Kruse) engagement, even when it’s not really happening! Spencer might get the wrong idea about some wedding plans, so let’s talk about how this might play out.

During the week of December 5-9, Spencer’s three-month stint at Pentonville should be winding down.

GH spoilers say Spencer will jump to the wrong conclusion, so this is probably going to be another path to tension with Trina.

The show keeps throwing obstacles in Trina and Spencer’s path, so this mistaken assumption should be the latest one.

Now that Curtis Ashford (Donnell Turner) and Portia Robinson (Brook Kerr) are gearing up for a Valentine’s Day wedding, Spencer might overhear Trina talking about it.

Trina might even gush about it to Rory while Spencer eavesdrops nearby.

It’s easy to imagine Trina speaking vaguely about Valentine’s Day and how much she’s looking forward to the nuptials.

Trina will presumably want Rory to be her plus one assuming they’re still a couple by then.

However, Spencer may put the wrong puzzle pieces together and think Trina’s going to marry Rory instead of just taking him to her mom’s wedding party.

Spencer is a lovable idiot most days, so this may be the latest example of that.

We may see Spencer’s jealousy flare up over an engagement when Trina and Rory aren’t at that level at all.

Trina couldn’t even bring herself to sleep with Rory for the first time since Spencer was stuck inside her head.

Spencer might insult Trina over rushing into a marriage with Rory and end up embarrassed when he realizes he’s gotten it wrong.

It could create more friction as Trina and Spencer struggle with their messy desire for each other.

Do you think Spencer’s wrong assumption will involve Rory and Trina’s engagement? Will Spencer mistakenly believe Trina and Rory’s wedding is happening?

CDL’s the place to be for fantastic General Hospital spoilers, updates and news, so stop by often.